Old friend, Peter Flanagan, of Grouse Ridge Kennels, called me to breed to our multiple champion, Long Gone Boston to his female, Grouse Ridge Comet. Out of this first litter came the phenomenal setter female, 3x RU CH Phillips Half Moon. ( sire of our puppy DeQuan) Of course, Peter repeated this breeding and I told him I wanted a female pup for my stud fee, and this pup was Mersadies.

Sadie showed a lot of promise and talent as a little pup, pointing and holding birds with style, and no training, all very natural. I hunted her almost daily in the fall of 2014 as a 10-month-old pup, and killed a lot of birds over her points, both grouse and woodcock.

Over the winter I took her on training trips to Cape Cod, PA and Ohio to work on quail and flight woodcock. After a couple of verbal corrections, she was reasonably broke. I started running her in trials in the spring of 2015, both puppy and derby stakes, both open and amateur. I believe I placed her in very event I ran her in and she was named New England Derby of the year (as a puppy!) We worked her all summer on wild birds.

In the fall of 2015 Steve Levesque ran her for me (I had to work) in an Open Derby stake on quail and placed her first at The New England Bird Dog Clubs fall trial. Mike Spotts handled her for me in The North American Woodcock Futurity in New Brunswick, and won it with broke work on both grouse and woodcock

I ran her the following week in the Bill Kearns Memorial Open Derby Classic, in Kilkenny, NH and she won it with two broke grouse finds, on broods, and a broke woodcock find. Several weeks later, Dave Hughes placed her second in The Grand National Grouse Futurity in Marionville, PA. The nice thing about this, is three of these 4 handlers had never run or handled her previously, so it is nice to know she will perform for anyone. In the spring of 2016 Mersadies won the National Walking Shooting Dog Futurity, at Oak Ridge, PA. with Mark Hughes handling, and many, other derby events, on both wild and liberated birds, including The White Mountain Open Derby Classic. Mersadies was named Winner of both The Purina Foster Derby Award and The Flanagan Derby Setter Award, both for the top derby in the woods for the 2015/ 2016 season. This spring, 2017, Sadie won the one-hour Kilkenny Open Shooting Dog Classic in Northern, NH and came back a week later and won the Region One (New England and The Canadian Maritimes) Amateur Walking Shooting Dog Championship at Crane Wildlife Management Area, In Falmouth, MA. We have enjoyed shooting many, many wild birds over her points and when we breed her, we will post the particulars on this site.. 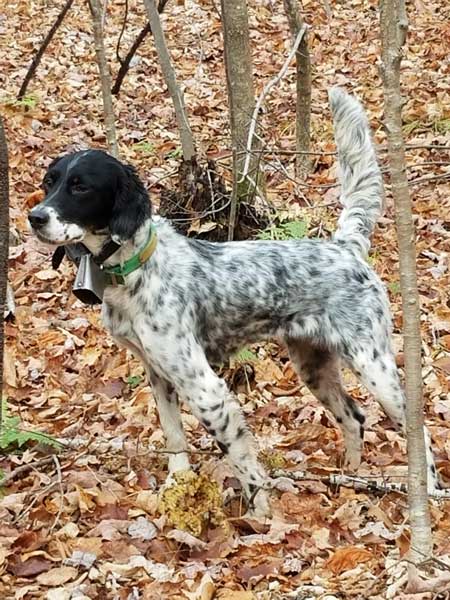 CH Long Gone Mersadies won the 2018 New England Open Grouse Championship, over a large and talented field this fall (autumn of 2018) convincingly with two grouse finds and a strong hour on the ground.

Mersadies had also won the 2018 Kilkenny Open Shooting Dog Classic ( for the second year in a row) with 4 grouse finds in the spring.

Sadie has the demonstrated ability and talent to find and point ruffed grouse. 2 x CH Long Gone Mersadies will be bred this fall/winter. 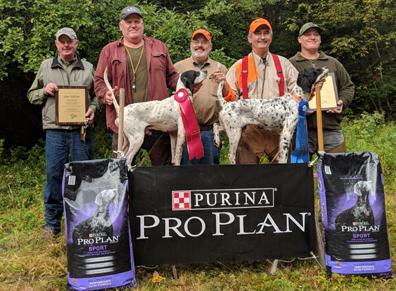 © 2023 Long Gone Setters
We use cookies to ensure that we give you the best experience on our website. If you continue to use this site we will assume that you are happy with it.OkNo thanks!